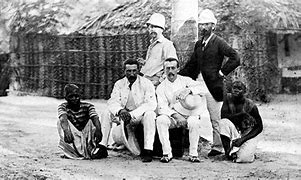 Perhaps the best analogy with coaching is understanding the European Missionaries who went to the newly conquered lands from 1400 AD onwards. These were the Spanish, Portuguese, British, and Dutch, mostly white who travelled to Africa. Despite the damage they did – bringing European diseases, reinforcing Colonialism, and taking land from the indigenous peoples, they […]