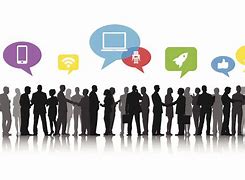 I ask them if they are parents and if so ask them if they have ever watched their toddlers around other toddlers and the penny drops. If you watch toddlers they approach other toddlers and join in with the game – they don’t need rules, invitations or anything else. They will play until they are bored, the kids leave or they have to leave. They have no idea who they played with – they just played, and they won’t remember. As children grow they learn rules, prejudices and later rejection.

It’s important to note that the rules and prejudices children learn are their parents, carers and peers, but many keep these with them for a lifetime – mostly along religious, race and colour, but sometimes social standing. Parents and teachers want to protect their children and students and teach ‘Stranger Danger’ – usually along the lines of don’t talk to strangers. Now, this works well whilst we are children, but what happens when those children grow and move away into unfamiliar areas, still with the same ‘scripts’ running in their minds? I’ll leave you to figure that out.

Many times the first move from home is to a university or college, or maybe to take up a position in another city or country, or maybe join a division of the armed forces, or maybe a sabbatical to another country on a work visa, or maybe to join a lover in another city or country. If you are moving try to find all you can about your new place of residence, even take a holiday if that is possible. Every city has its own culture, sometimes even its own language and dialect, learn this if you can – even if they speak the same language as you, sometimes words can mean something completely different – beware.

Almost all humans respond to a smile and friendliness, so show yours. If you are moving to learn or further your education or to join the armed forces you will have lots of others around the same age, taking the same subjects etc. Say hello and see what happens – don’t be offended if you don’t get an answer – some people are more wary and can take time. The important thing is you have taken a step to meet a new person. Join as many extracurricular activities and you can. If you moved for career reasons you will have work mates and colleagues – find a mentor within the corporation as soon as you can. Find people who share your interests inside and outside your daytime activities – Meetup.com is great for that and get out and explore your new city – ask directions, ask people for information – most will answer. The important thing is you need to make an effort – you joined their city. Try not to concentrate on the differences – concentrate on the sameness.

Remember you will have lots of ‘hidden’ prejudices that you ‘acquired’ while growing up – many of these you won’t be aware of, depending on your age. Remember your eyes and ears are not cameras and recording machines – what you see and hear needs interpreting and sometimes you will see and hear what you expect or want – again be on the watch. Try to be as non judgemental as you can – give everyone a chance, rather than prejudging.

At the base of your skull is a small, but very active part of your brain – it’s called your Amygdala and its job it to keep you safe, especially from predators. It takes its job very seriously and activates tremendously fast – it’s what will stop you in your tracks if it sees anything that resembles a snake, or any other danger – it will take longer for your brain to assess the danger, but its protected you. It’s the same thing that warns you when you want to do something a little different – thank it and reassure it that everything is OK. Show you are not a threat and show your hands to the other person – this, according to some is the basis of shaking hands.

Respect the personal space of others – people born in rural areas usually need a little more personal space than those born in urban areas. Both brains will be accessing each other for non verbal clues – this is both natural and a much better indicator – you won’t know this is happening as it happens automatically in most people – it’s the ‘gut’ feeling you get about another person, despite what they say and how they are dressed. Words can mislead, but it’s extremely hard to match lies with correct non verbal language and your brain is equipped to ‘see’ this. Remember to look at the person when you are engaging. Search for common interests and values.

If you like the person, let them know – they will probably know this anyway, but dismiss any doubt – try to make an arrangement to see them again and get contact information from them. In some cultures for a female to ask a male can be considered ‘very forward’ and in most the male is expected to make the ‘first move’, so take the cues and man up – females can do their ‘coy’ act later. To find a friend you must be a friend.

So this is what we covered in this blog