Letting Go and Moving On 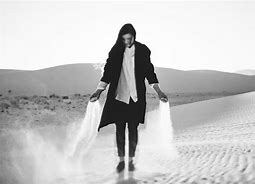 Posted by AYD In Achieving your Dream, Dating 0 comment

I answered a plea for assistance over the weekend. The plea came on Saturday afternoon and was for assistance to move a caravan that was parked on the sidewalk and the local Council would impound it if it wasn’t moved by Monday morning.

I arrived there on Sunday morning and was told that 2 other guys would also arrive. Nothing had been prepared, and she had a plan which couldn’t be deviated from – I have assisted this person before. Several small trees and bushes needed removing, a pile of leaves, that I had helped stack some months previously and a pile of sand at the top of the driveway needed moving so the caravan could have a new home.

She had no idea what to do with the cuttings from the trees and bushes, and men couldn’t be trusted with chainsaws, so despite her injured shoulder, that the Chiropractor had made much worse, off she went with a chainsaw in hand. She didn’t last long and a guy took over and started taking small pieces of branch (so they could be moved) off the nominated trees. I started moving the leaves with a wheelbarrow she had borrowed with a flat tyre, and the other guy started taking the grass out of the pile of sand.

Halfway through she decided everything would stop as she would hire a mulcher, so she started ringing around, but none was available, so after a 30 min break we went back to work.

She decided that she would make a cuppa for everyone, and then remembered she had put some pasties in the oven. She came out with the tea and coffee but the dogs somehow opened the oven and devoured the pasties. We continued. She had a ute with a tow bar, but I couldn’t see that move a 20 foot caravan that hadn’t moved in 12 years. To her credit she did get a tyre guy to inflate the tyres.

After 5 hours we managed to prepare the spot, and with the help of a guy with a 4 WD moved the caravan close to where she wanted it, despite the fact she constantly mentioned that no guy could move a caravan like she could, but he managed first time – I left around this time.

The whole 5 hours she whinged and complained and was supposed to be doing legal work. It didn’t matter what subject anyone raised, she had done that – I knew about this. She would take the Council to Court, but she has two large legal cases on her hands – one for $millions against the State of Western Australia and the other a Custody battle she has been fighting for more than 12 years. Despite all the jobs and positions she claims to have had, she hasn’t worked for years, so I think that might hinder her chances of getting custody – her youngest must be at least 14.

This woman is almost 60, constantly lies, is always last minute, has no respect for guys, is always looking for an excuse to take legal action – I don’t think she has ever won a court battle, but she claims to have won all of them, but they always seem to continue. The caravan is practically worthless – scrap valve only, but it reminds her of the past, when she had a family, and maybe found some happiness. She can’t or won’t move on – she lives in the past and will tell anyone who listens about her adventures – she has had every job possible, she must have 30 degrees, she has been everywhere, and her accent changed when she was pregnant.

I tolerate her and assist her where possible, but I think until she let’s go of the past and moves on she will have trouble making new relationships – what about you – have you moved on?

For more information get this FREE eBook https://ayd.net.au/books-and-offers/ Good luck on your journey