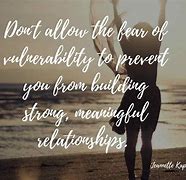 On the Catholic calendar today is All Souls Day, where those who have died are remembered.

Over the weekend I was reminiscing about my deceased parents, who were Irish immigrants to England. Both felt they weren’t welcomed in their adopted country and kept to themselves. Dad had a sister who lived reasonably close, and mum a brother who lived some distance away, but neither visited that often and I had 2 male cousins who were 10 and 12 years older than I was. Needless to say we rarely had visitors.

I am the eldest of 6 children, and have often thought how similar I am to my dad. Despite living in the same town, which was not large, for almost 50 years, working for the same company for almost 30 years before he retired and visiting the same Club for almost 50 years dad had no friends – mum was the same – she had work friends later in her life. Both had to deal with life’s problems alone, and they didn’t communicate with each other effectively at all. They were strong.

I left home at 20 and moved to Australia. I have lived in different places, been married twice and have met lots of people along the way, but no real friends and I have had to deal with life’s problems alone. Like father, like son? Dad was friendly and would say hello to everyone. He knew everyone at the club he frequented and was on the committee for many years. I have often wondered why I am so similar to my dad – genes, upbringing or something else?

I was talking to someone over the weekend and the subject of vulnerability cropped up and I couldn’t stop thinking about that word. After a few hours I began to believe this may be the problem we both shared. I modelled myself on my dad, who I saw as strong, dependable and frightening – he was much taller and stronger than me as a child. He portrayed his strength to the world and never asked for help even when he needed it, although he was often first to offer assistance to anyone in need. Nobody really knew him, except maybe his sister, whom he fought with. He was always cheerful, and never showed he ‘needed’ anyone – how could anyone get close to someone like that? I have been the same.

I have spent the afternoon researching vulnerability on the internet, and I found it interesting and enlightening. According to research professor and author Brené Brown, who is a leading expert of the subject, and states in Rising Strong, “Vulnerability is not winning or losing; it’s having the courage to show up and be seen when we have no control over the outcome. Vulnerability is not weakness; it’s our greatest measure of courage,” She also states, “What makes you vulnerable makes you beautiful.” According to Wendy Miyake in How Being Vulnerable Can Expand Your World, “Few of us consciously choose vulnerability. Why? The stakes are too high. If we reveal our authentic selves, there is the great possibility that we will be misunderstood, labeled, or worst of all, rejected. The fear of rejection can be so powerful that some wear it like armor.”

Women can see vulnerability as a weapon they give to men to take advantage of them, and men are prone to see it as a weakness, so I will leave you with some words from Tony Fahkry, in How To Embrace Vulnerability As Your Greatest Strength. “Vulnerability is a double-edged sword. Those who protect themselves to avoid getting hurt, fail to appreciate intimacy and close relationships. The wall you construct prevents your true nature from being known to others. It was Rumi who said: “Your task is not to seek for love, but merely to seek and find all the barriers within yourself that you have built against it.” You must accept your vulnerability if you wish to live a wholesome life.”