Why Speaking To Women Is So Important 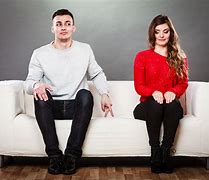 Many men are nervous around women, some have little confidence, some are shy and others think they aren’t ‘good enough’. Where does this lack of confidence come from? In many cases it happens in school – a guy may like a girl and is rejected, or thinks he is – it doesn’t take long to lose confidence – sometimes only once, sometimes twice or three times. TV shows have the most attractive men and women and it doesn’t take a genius to work out an average guy would have little chance – or so they think.

We act like we think, and so if you have no self belief, you will rarely approach a woman, which is a shame for both of you. Here are two old adages, “Beauty is in the eye of the beholder,” and “Handsome is as handsome does.” Adages tend grow because many people have similar experiences and, once accepted, become part of the culture.

Men tend to be very visual – a man can ‘fall’ for an attractive woman just on her looks and often thinks women are the same. They aren’t – women tend to work on feelings, and so, if you make a woman feel great, you have a great chance of winning her heart.

So if you suffer from lack of confidence around women, what can you do? Try concentrating on her, and not you and your needs – that has proved helpful in many cases. Even in today’s day and age, a woman will rarely approach a man she doesn’t know and there are many reasons for this. Most women want a bold, brave man and being frightened of her gives her power she doesn’t want or need. If you don’t make an approach she may think you have no interest or you are gay. She can only choose from the guys that show interest in her, so why not throw your hat in the ring? Practice in a mirror or with friends if you lack confidence – most women will not make a fool of you, despite what your imagination may tell you – they usually don’t want a fuss and will usually walk away.